What Is Habanero Peppers?

Habanero peppers are popular hot chili pepper; grown for the fruity taste and they also have a nice amount of heat. Habanero peppers mature from green to orange, black, or red when left to ripen on the plant.

It is believed that habaneros were first cultivated in Cuba in 1820. Although there is no conclusive proof, it is assumed habaneros originated in Africa and then traveled to India where they eventually made their way into Mexico and now the United States with immigrants.

Generically known as “cayenne” peppers, habanero is a medium-sized chili pepper that originated in the Amazon basin.

It has since spread to all tropical areas of the world. The fruit of this perennial shrub looks like a small lantern and is characterized by its distinctive flavor and aroma.

Habanero Pepper Plant Care When growing habanero peppers, remember they are tropical and will need warm temperatures to germinate. With such a small seed, it is very easy for them to dry out so be sure they are kept moist until they have sprouted.

Habaneros grow best in fertile soils with good drainage and prefer a soil pH between 6.3 – 6.8. They like full sun but can tolerate partial shade but it will affect the number of fruits produced.

Don’t plant too deep as habaneros don’t like their roots disturbed and transplanting must be done carefully as well so that root shock does not occur which may cause your pepper to die back or stop producing fruit altogether.

For a consistent and disease-free crop, treat with a suitable fungicide at the first sign of any mold or mildew. Choose one specifically labeled for peppers.

Be careful to wear gloves and long sleeves when working around habaneros because if you touch your eyes, nose, or mouth while they are still wet with capsaicin oil (the active ingredient in hot peppers that makes them so hot) you will be sorry! Wash hands thoroughly after handling habanero peppers.

Habanero pepper’s light requirement is very important. They need full sun exposure to produce the best fruit. In fact, too little sunlight will result in small peppers with poor color.

The water requirements for growing habanero peppers are minimal and the soil should be kept moist until the plant has developed a root system. However, as with most plants, too much water can result in root rot so avoid overwatering.

Water regularly to keep the soil evenly moist but not soggy. Drainage is essential; do not allow the roots to sit in pooled or standing water. Rooting problems will occur if the soil stays wet for long periods of time so make sure that it drains well and does not have heavy clay soils which hold on to moisture longer than sandy loams will.

Once your plant has sprouted to about 12 inches tall, mix a small amount of granular slow release 10-10-10 fertilizer and water into the soil surrounding the main stem at the surface.

Adding granules around the base of your pepper plants will prevent them from leaching nutrients as they take it up and will also provide nutrients over an extended period of time for greater results than water-soluble ones.

Fertilizers do are added all at once during each watering routine. What’s more, is that the granular slow-release fertilizer you choose will help deter pests as well.

Habanero peppers require a warm climate with temperatures between 70 and 80 F during the day for good growth. They prefer night-time temperatures about 10 degrees cooler. Cool-weather will cause them to drop their flowers and young fruits prematurely which is often fatal to newly transplanted plants.

High humidity is essential to air circulation can lead to powdery mildew and other problems. Air circulation around your pepper plant helps prevent diseases from developing as well as creating stronger branches that produce larger fruit.

How Often: Habanero peppers need watering 2–3 times a week when in full sun but you don’t want the soil soggy, just evenly moist so that air penetrates into the roots of the plant causing it to grow healthy leaves, stems, and fruit.

During hot summer months, it’s a good idea to water the plants at night when temperatures are cooler so that there is minimal chance of shocking the plant with cold water. You may even need to use drip irrigation if your peppers are in containers because they wilt easily from over-watering.

If this happens, remove any mulch or plastic around the plants and move them into an area where they will get direct sunlight but only morning sun, not afternoon heat which can cause wilting as well.

Habitat: Habanero peppers thrive in tropical climates with moderate daytime temperatures and below-freezing temperatures should be avoided unless you live in a greenhouse or indoors during wintertime. They do not like humid weather; they do well in most areas of Florida although pepper plants can be attacked by a variety or pests and diseases.

Plant peppers transplant 12–18 inches apart after the last frost date. Planting them indoors about 10 weeks before the last frost will help your plant adjust to the number of hours of sunlight you have available outside as well as give it enough time for root growth before transplanting.

Although habaneros grow best outdoors, they adapt readily to container growing so moving them inside during winter may be all that is necessary if you live in a colder climate where they cannot survive year-round.

Start seeds indoors 6–8 weeks before transplanting outside which gives the seedlings plenty of time to adjust to the changing weather and sunlight hours.

Habanero Plant Care: Fertilize your pepper plants every 2 weeks with a water-soluble 10-10-10 fertilizer or sprinkle the granules on top of the soil surrounding the base of each plant.

Do not fertilize while the fruit is still green because it will burn them if you do but once they are ripe, you can continue to feed them for better flavor and an overall healthier crop.

Use a soil-less mixture such as perlite, vermiculite, and compost in planting containers.

Seeds: Germinate seeds indoors at 70 F in trays filled with moist sand or potting soil. Keep the humidity high by covering them with plastic to keep the light out and damping-off at bay.

Keep them under fluorescent lights until they are large enough to be transplanted into individual pots.

Plastic should be removed once seedlings have 2 leaves so that sunlight reaches all sides of each sprout for healthy growth.

They will need plenty of heat and direct sunlight so use a grow light outdoors if needed until it gets warm enough outside for your plants to remain healthy without using supplemental lighting indoors.

The seeds germinate in 14–21 days; the transplant should be ready to go into your garden after 10 weeks when it is at least 4″ tall with some developed leaves and roots.

Habanero pepper plants can also be reproduced from other pepper plants by taking cuttings of a healthy branch about 6 inches long, laying them on moistened soil in a small pot containing some rooting hormone (available from most garden centers), placing the pot under direct sunlight for warmth, and keeping it watered until new growth begins. Once this happens, remove the cutting with a knife rather than pulling it out because that may harm or even kill the cutting.

Check soil moisture daily to prevent wilting (a sign of root rot) as well. Water the potting soil only if it appears to be dry on the surface so that you don’t overwater your habanero plants and cause root rot or fungus.

Habanero peppers are susceptible to several diseases and pests including fungal infections, whiteflies, aphids, and thrips. If these problems arise, remove affected leaves and destroy them or treat them with a suitable foliar spray labeled for peppers.

The most common pest is the whitefly which you’ll notice by its waxy deposits on your plants. Spray early in the morning when insects are less active and repeat every 5 days if needed but after harvest has been completed as residual sprays can cause softening of your pepper fruits.

With aphids, reduce the infestation by spraying plants with a solution of 1 tablespoon of baking soda per quart of water or you can use insecticidal soap.

For thrips, spray your plants with a repellant such as a peppermint oil.

When growing habanero peppers outdoors, keep an eye out for pests like spider mites which are easily treated before they become unmanageable pests and do much harm to your crop.

When harvesting them, always wear gloves because the oils in hot peppers may cause irritation on your skin and hands if you touch them improperly. If you get any in your eyes – rinse them thoroughly with cool water until the pain subsides.

Keep all pepper varieties away from children and pets.

Fungal infections are often seen in the form of black spots on leaves or stems and can quickly spread throughout a crop.

To avoid, keep plants well-watered at all times, remove damaged foliage at once, and do not plant your peppers where tomatoes, eggplant, or potatoes were grown the previous season.

The peppers may take 6–8 weeks to ripen but you can harvest while they are still green and plant them again for several more crops.

When harvesting, cut peppers off using a sharp knife or scissors because it is important not to damage the roots of the plants. Make sure all fruits are harvested before frost hits so that new growth will continue afterward if necessary.

If you have any leftover from your spring crop, store in a cool dry location such as your pantry away from sunlight and heat where their flavor should last several months so long as they remain free of moisture and pests.

With healthy plants, hot peppers are easy to grow and can produce up to 4 crops per year even in cooler climates. In your garden outdoors, the number of peppers you harvest will depend on type and variety with some producing only several hundred fruits while others may give you several thousand.

In a greenhouse or beneath shade netting outdoors, it is possible to get 2–3 harvests from habanero pepper plants in one growing season if they are planted at staggered heights.

To do this, plant taller varieties (1’–1-1/2′) first so that when the ground freezes in the fall, they’re able to go dormant. Then plant shorter peppers (3″–4″) a few weeks before returning spring temperatures arrive and within 2–3 months, you’ll begin to see fruit developing on your plants. 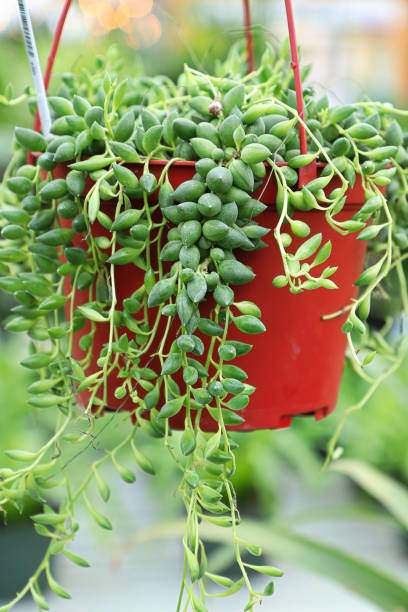 Spread the loveIf you’re looking for an easy, low-maintenance houseplant that will add a touch of green to any room, a banana tree may be just what you’re looking for. These plants are hardy and can thrive in various environments, making them perfect for first-time plant owners and experienced gardeners alike. This guide will show… 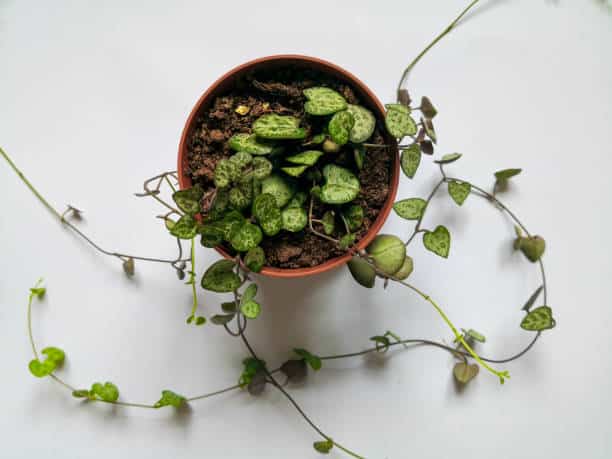 Spread the loveWhat Is String of Heart? String of Heart, also known as Heart Vine or Red Spirit Vine, is an epiphytic flowering vine native to South Africa. It has incredible red and white heart-shaped flowers that hang down from the plant. The flowers can grow up to 18 inches across and will emerge year-round… 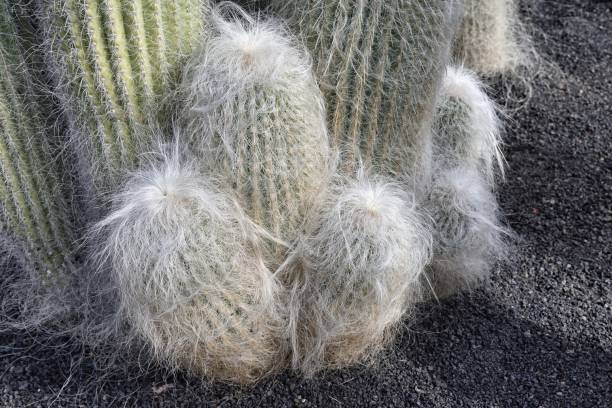 Spread the loveWhat Is Old Man Cactus? Old Man Cactus is a plant belonging to the Opuntia family. It is commonly called ‘old man of the mountain’ because of its resemblance to an old person with a full white beard and hair. Old Man Cactus is also known as Vase-Cactus or Flapjack Plant, but these…